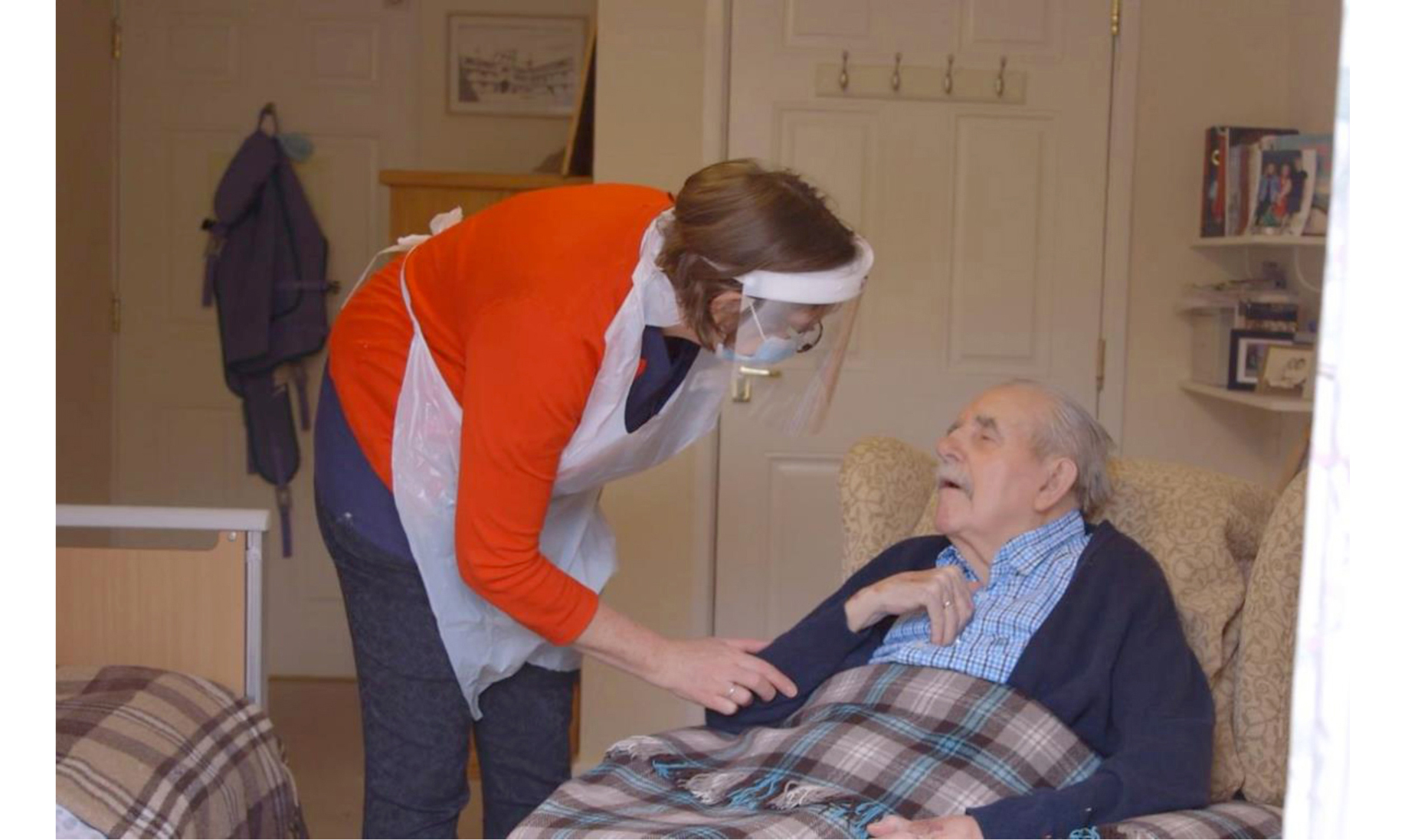 In his latest documentary, Billy Arthur, former Marling student, has filmed the emotional moment when his GP mum gave her father his covid vaccination.

A young filmmaker has captured the moment his doctor mum gave his grandfather the Covid-19 vaccination.

It was the first time in 10 months that Dr Anne Hampton had seen her father Chris, who is in a care home.

Billy Arthur, 18, made the film to document the efforts his mum and her team have put in to preparing vaccinations.

Dr Hampton visited her father on Tuesday in Nailsworth, Gloucestershire, where she also vaccinated 21 people.She said: "It was really lovely just to hold his hand."

The family, including Chris' 87-year-old wife, have been unable to visit him at The Steppes care home since the start of the pandemic, except to see him from outside a window.

Dr Hampton, who works at Stroud Valleys Family Practice, said: "It was strange at first as he didn't recognise me in my PPE but when he had a good look he realised who I was."

Billy has been making films since he was 16 years old and recently made one about his brother's diabetes broadcast on CBBC, My Life: Blood Sugar Brothers, earning a Bafta nomination.

Billy, who shot the film from outside on a balcony, said: "Everyone has worked so hard to get these vaccinations out. I wanted to make a film of this moment for our own family memories but also to record history. It's been emotional for me to edit and shoot."