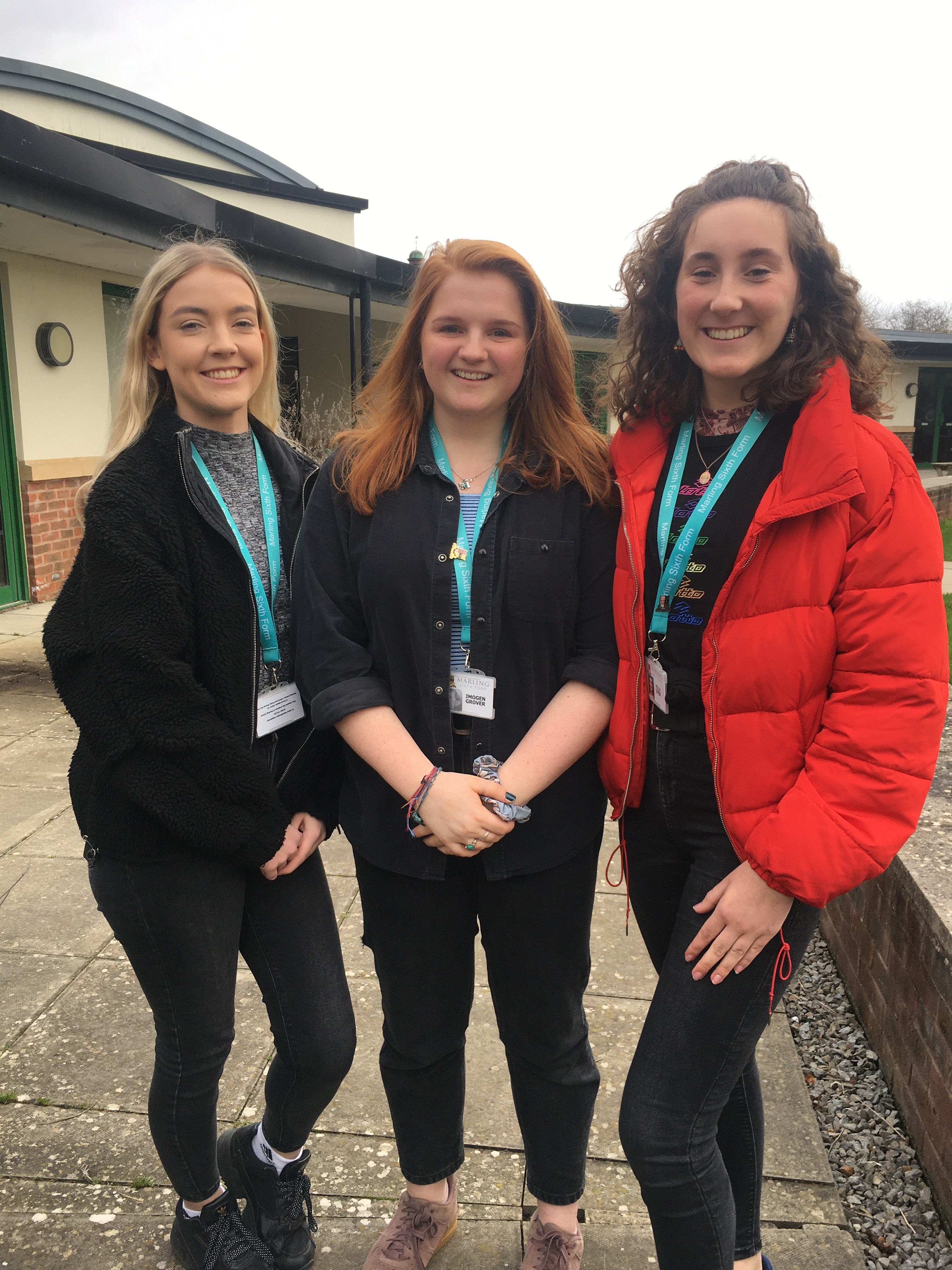 Girls Make Their Mark at Marling

Girls are leading the way in Marling for the first time in the school’s history. They have won four of the seven roles in this year’s student leadership team – a reflection of the enthusiasm and vision they have brought to the new co-educational sixth form.

Katy Owen, who has been appointed Head Girl, cites the leadership opportunities offered at Marling as one of the key reasons she chose the school in Y12. She is joined by Imogen Grover, Caitlin Griffiths and Lauren Taylor. Katy said:

‘I want to make a difference and Marling is giving me the chance to do that. I’m a believer in the importance of community – both the school community and links between students and local people. I am looking at some exciting ideas to help strengthen those links.’

Katy and members of her team, along with students in the wider leadership group, are playing a key role in a mentoring and coaching programme for younger students. At the same time they are working on helping students across the school to find volunteering opportunities in the local area.

Imogen Grover is also enthusiastic about the mentoring scheme and the counselling training she is doing as part of this. As well as helping younger students, it will, she says, help her develop important skills for the future. Imogen said:

‘When I joined Marling Sixth Form as part of the first intake of girls, I really wanted to be in the leadership team to ensure we had a clear voice and to help shape the experience for girls following in our footsteps. I am particularly interested in helping with mental health and wellbeing, so am really pleased to have an opportunity to do something real to improve this.’

Caitlin Griffiths is using her deputy head girl role to encourage students of all ages to engage with a wide range of political issues and processes. A keen A-Level politics student, Caitlin is planning to run campaigns and mock elections to introduce younger students to the world of politics and is establishing an Amnesty International group to raise awareness of human rights issues. Caitlin said:

‘I think it’s important for the first girls in Marling to make an impact – we are trail blazers. Since coming to this school I’ve noticed that lots of students are interested in political issues, so I want to help them understand more and get involved. This is the next generation of voters and I’d like to do my bit by making them informed voters.’

Lauren Taylor is tackling environmental and cultural issues in the school. Her aim is to work towards the Eco-Schools Green Flag Award – an internationally recognised award for excellence in environmental action. Lauren said:

‘The environment is such a critical issue, but I know that while many young people really care about it, they sometimes don’t know what to do about it.  I hope that by starting with practical steps such as recycling and our carbon footprint we can all feel able to make a difference.’

Marling’s leadership girls agree that this an exciting time for them all, as well as for the school as a whole. In the very first year of co-education, girls already make up a third of the year group, and this is a trend that looks set to continue. It’s been a fantastic start say Imogen, Katy, Caitlin and Lauren:

‘It’s exciting, fun and has such a friendly feel. There’s not a day we don’t want to be here.’

In another historic moment for the school, Tilly Dyer, a Y12 student, became the first girl to represent Marling in over a hundred years of debating and public speaking. Marling has a proud tradition of debating in UK and international competitions and Tilly is thrilled to be part of this. Speaking after the Rotary Youth Speaks competition, she said:

‘I was really excited when I learnt about Marling’s debating team. At first it was scary, but I feel that I have gained so much confidence from being a part of it and I can’t wait for the next competition.’